In a career highlight, Studio Paperform collaborated with Australia Post to inject some creative cardboard expertise into their nation-wide Small Business Mighty campaign.

Story: When AusPost approached us with this idea, we were thrilled to collaborate alongside such a respected Australian brand and get a chance to design with their iconic red. The location for the shoot was a vast light-flooded pavilion at Melbourne Showgrounds, so our set pieces had to have a real presence to be noticed in the space.

Our first creative cardboard challenge – engineer a huge hanging globe that would eventually have typography projection mapped onto it during the shoot. For the visual effect to work, this large complex structure would have to appear lighter than air when held aloft by the talent in the final shot.

To render a spherical form using standardised Postpak boxes, we started playing at scale with different combinations in a series of small maquettes. We then moved onto the real boxes, finessing each hemisphere until a pleasing and functional shape was revealed. The final unit was segmented for transport and braced internally using a timber frame for structural strength and hanging safety.

Our second creative cardboard expression – a detailed Australia Post city scape and skyline composed by sequences of stacked Postpak boxes. Once again with projection mapped typography. While rendering this element was less of a technical challenge than the globe, finding a pleasing silhouette for our city and its avenues was a reverie as we imagined the heroic metropolis of comic books past.

At Studio Paperform, we love working with cardboard. If used sympathtically, this simple material can become a real creative powerhouse that has a soft and approachable expression. 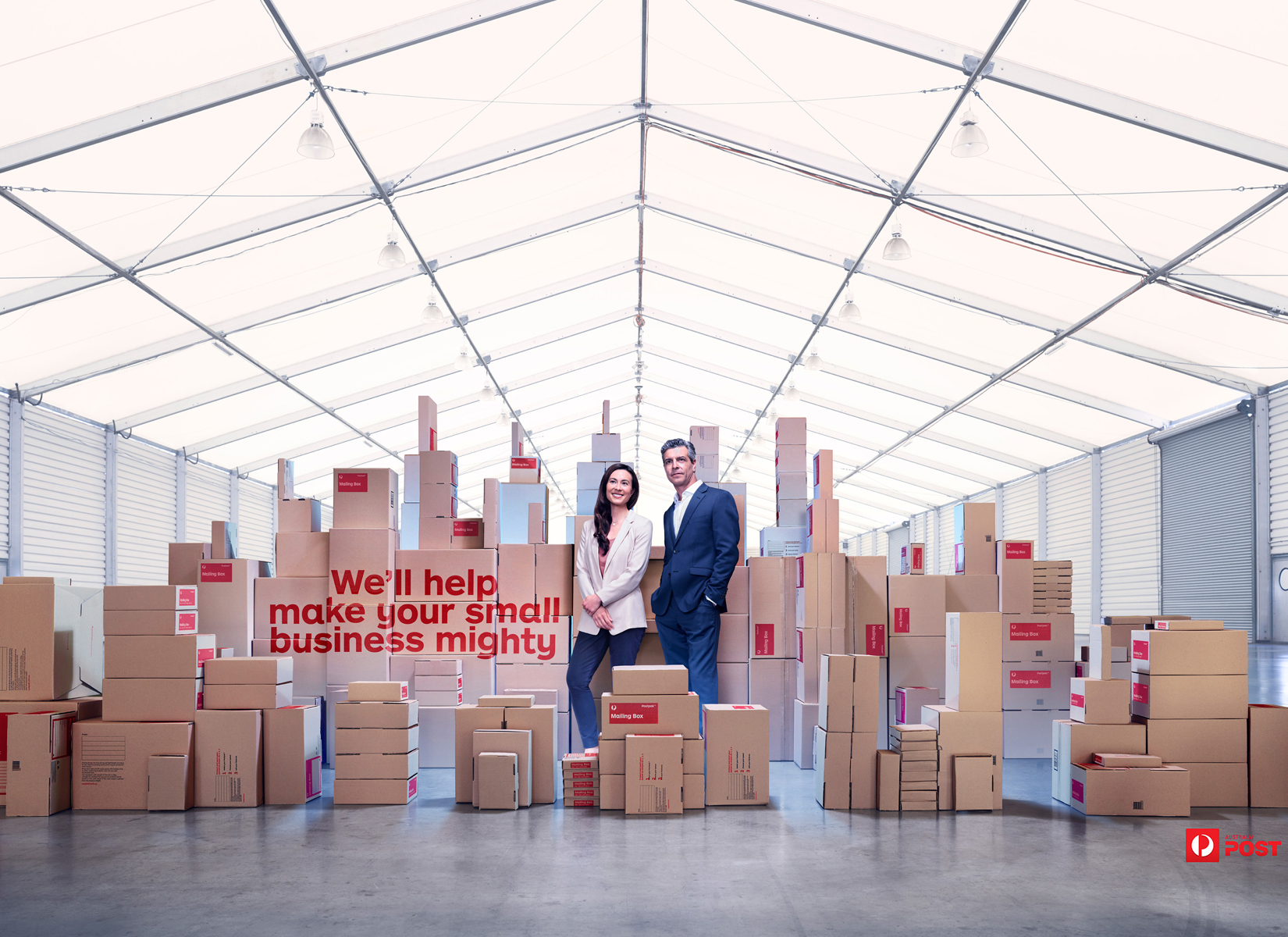 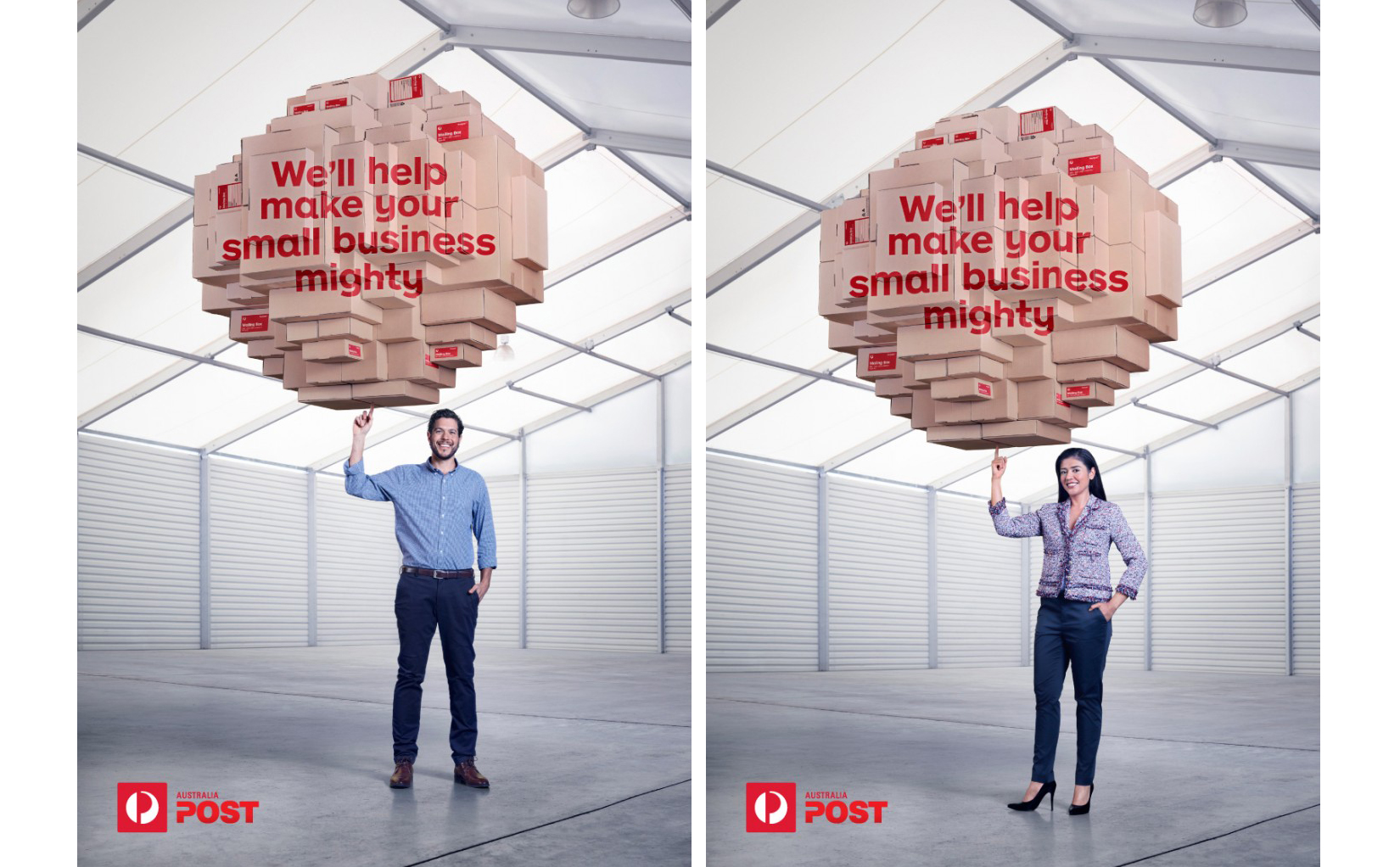 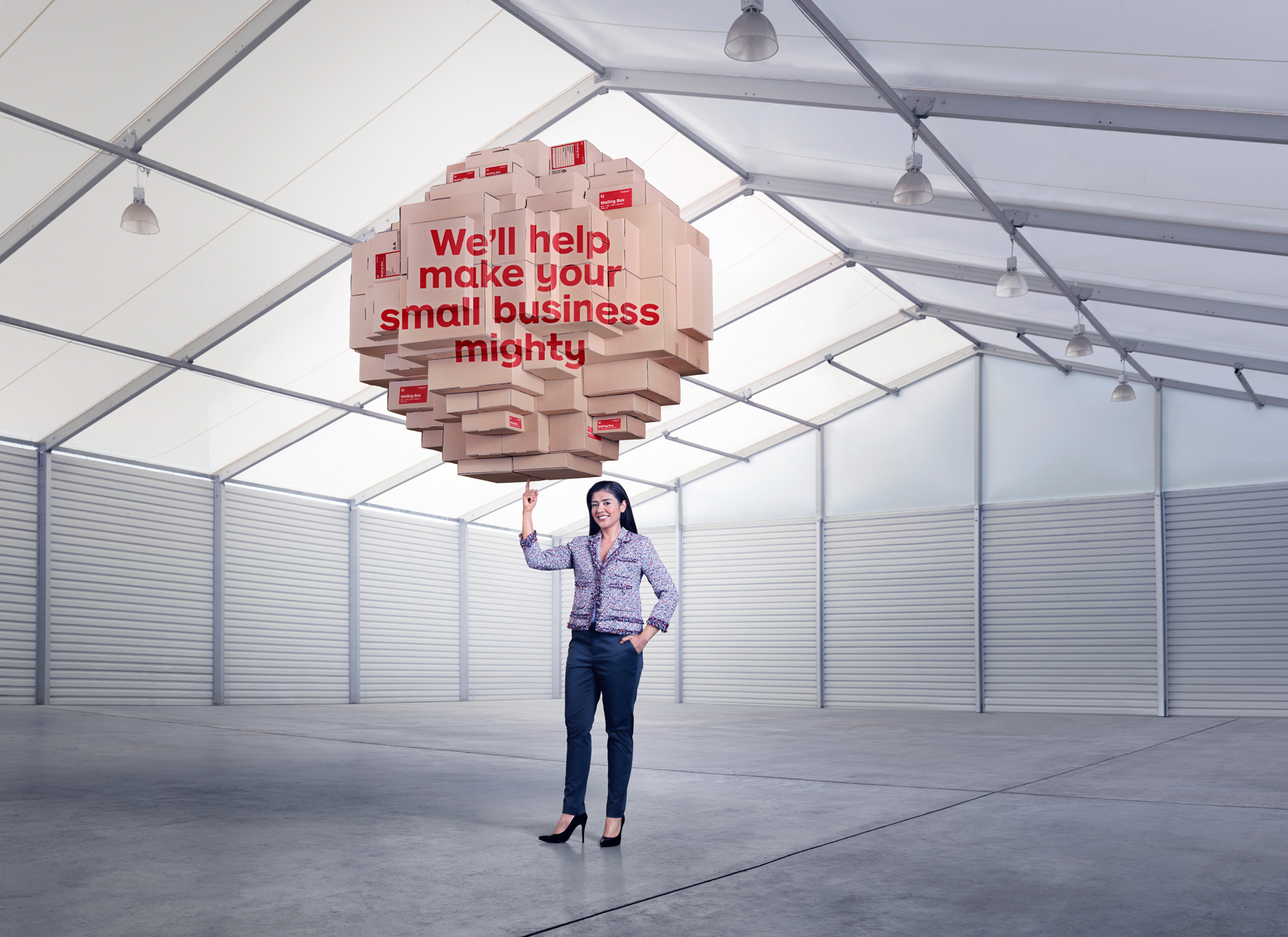 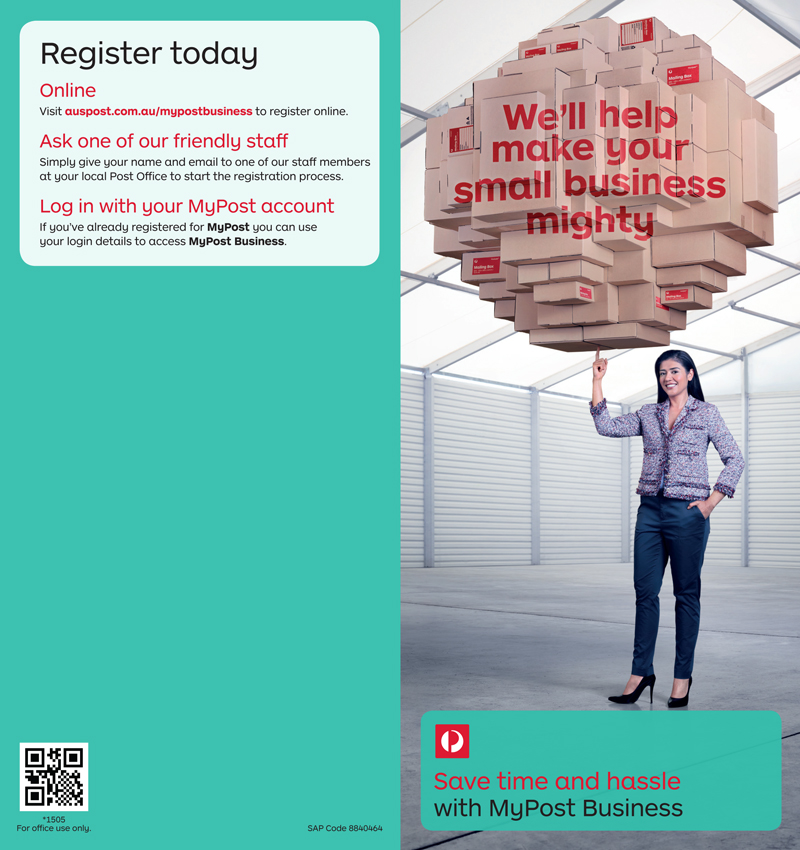 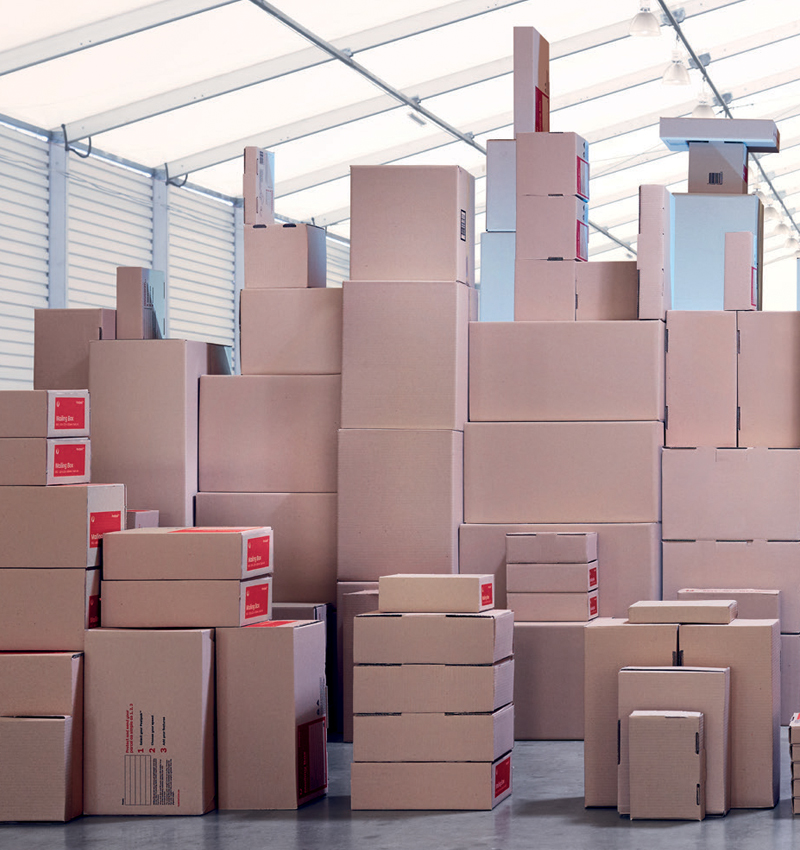 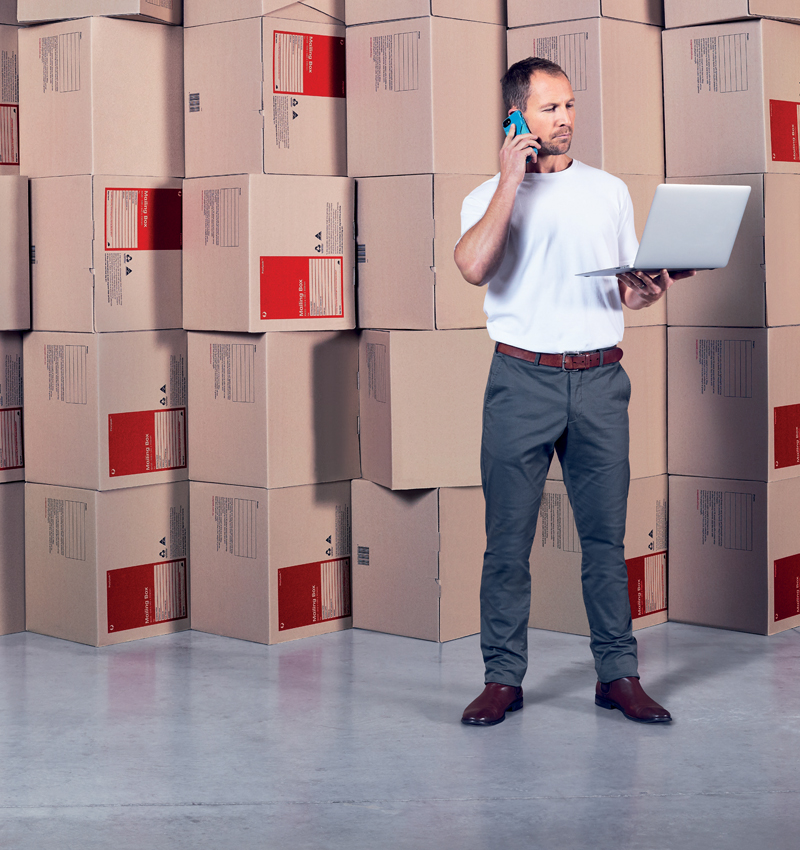 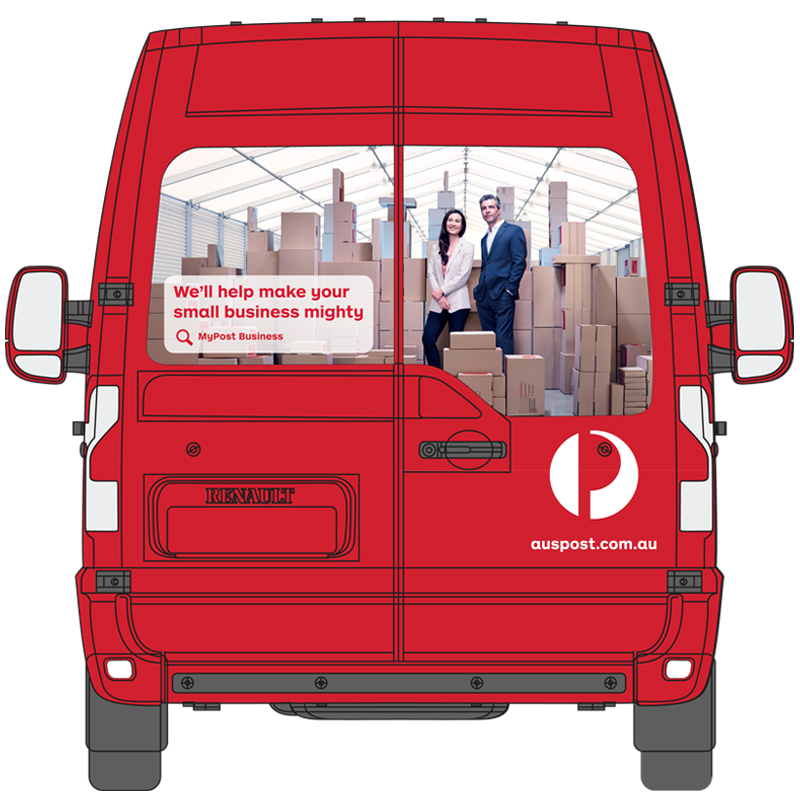 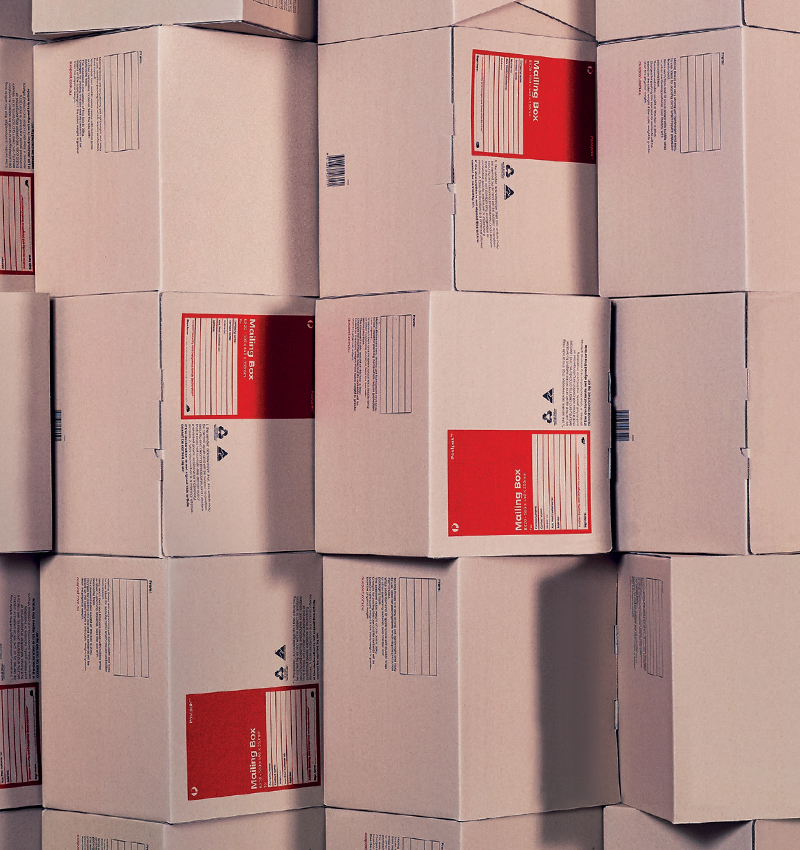 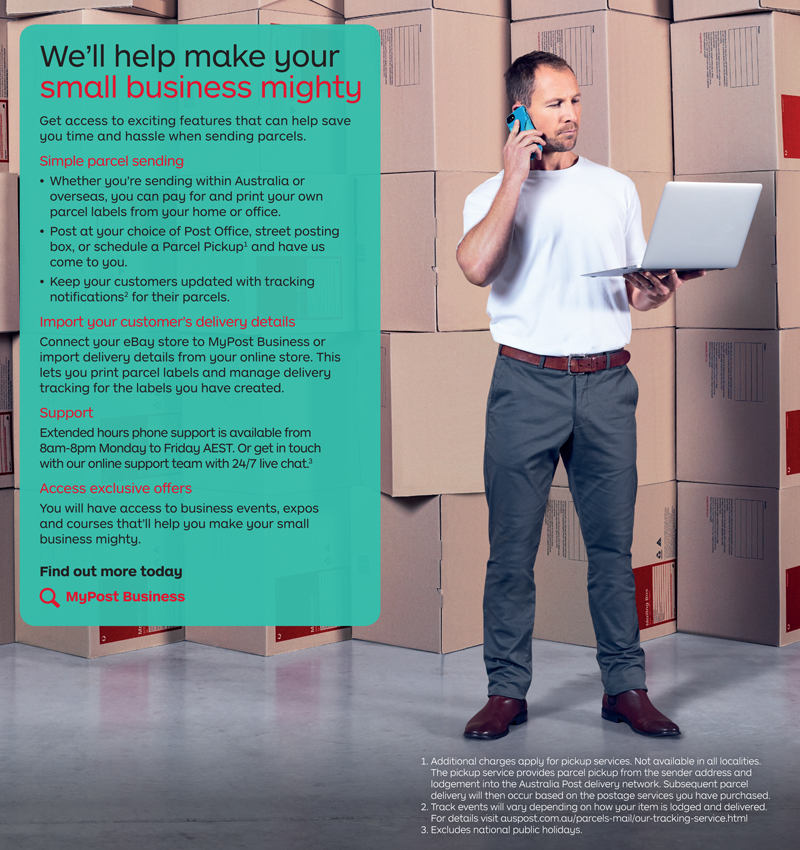 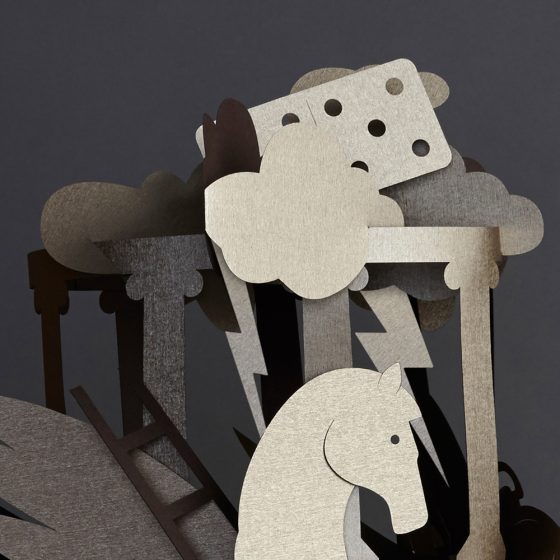 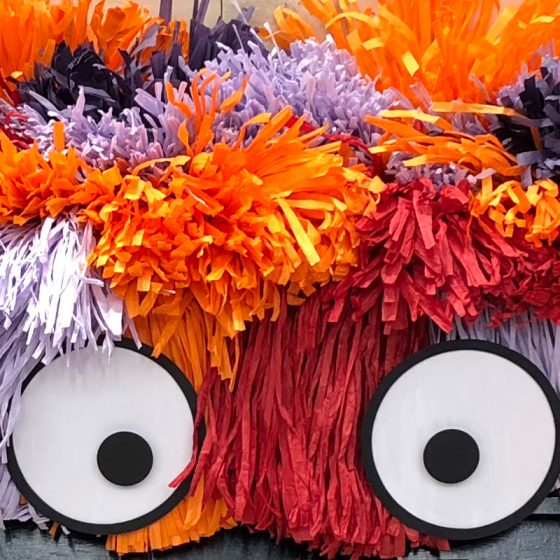 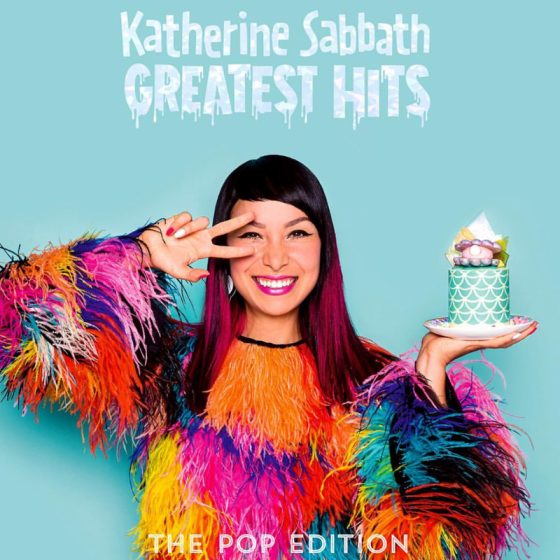 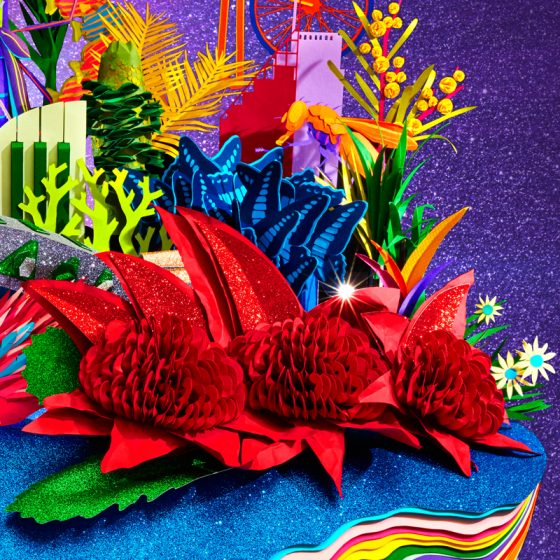